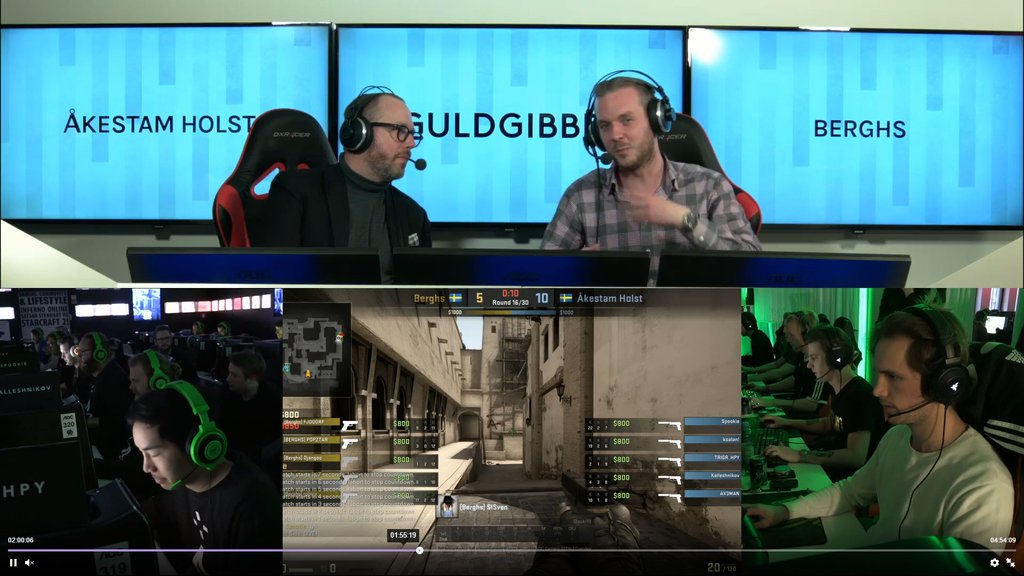 Each year, the Swedish ad agency industry hosts an annual award show called Guldägget, where the best ad campaigns are crowned. In conjunction with the awards show, the Stockholm based agency Garbergs came to us with the idea of letting the ad agencies compete in a CS:GO tournament to crown the best ad agency.

In order to get the most prestigious agencies to compete we needed to make the event mirror an actual pro tournament as much as possible. To achieve this we decided to partner with Inferno Online, home to some of the most prestigious tournaments in Europe. To amp it up even further we produced a live stream broadcast on Twitch to get the whole industry to watch and to spread goodwill and knowledge about the gaming industry into the ad world. When all was said and done we had hosted the world’s first ever CS:GO Ad Agency Tournament – aptly called Guldgibbet as an homage to Guldägget – where internationally renowned and award winning agencies showed up to battle for glory and industry frame.